BEFORE HEADING HOME I DECIDED TO TEST TRAC GRABBERS OUT.

BEFORE HEADING HOME I DECIDED TO TEST TRAC GRABBERS OUT.

Hi TG, I recently advised how ludicrously expensive your Australian distributor was selling Trac Grabbers for. I have since discovered this was a misunderstanding due to a poorly worded email from Opposite Lock and in fact bought a pair this morning for $98AUD on the way to Teewah and Rainbow Beach today.

I tried again this time in 4 high, no diff locks, and initially the front passenger wheel sank to the axle, put it in reverse (no shovelling sand, no diff locks) and in about 10 seconds of slow steady effort the car lifted itself up and out.

A friend who was with me previously suggested we should video it, but we both forgot until after the fact; he now plans to buy a pair.

These cost me $98AUD, take up less space than a shoebox, are light, easy to use, and very very effective. I can happily recommend them to my friends, you have a great product. 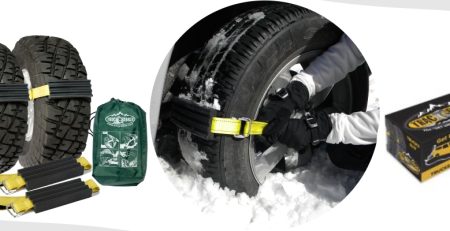 Going places in your car offers a "feeling of being on your own", ushering a sense of comfort, safety,... read more

I was hopelessly stuck on a slight hill covered with ice and snow.

BEFORE HEADING HOME I DECIDED TO TEST TRAC GRABBERS OUT. read more 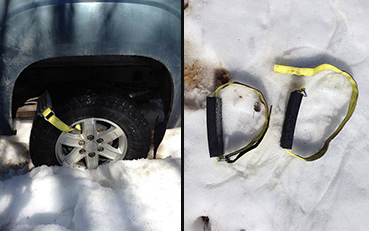 JIM PERRY OF TRAC-GRABBER RECENTLY SENT ME HIS PRODUCT TO TEST OUT… They are a simple high-density rubber traction piece... read more 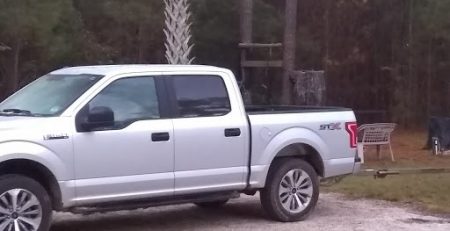 GREAT TO JUST HAVE IN THE TRUCK ALL THE TIME!

GREAT TO JUST HAVE IN THE TRUCK ALL THE TIME! Mike and I wanted to share this with you….Mike bought... read more 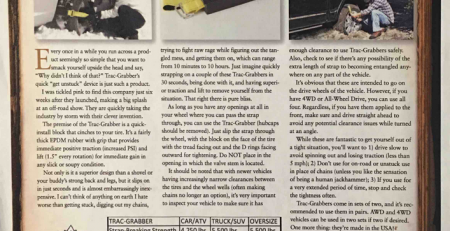 Where every second matters the Trac-Grabber

I have nothing but positive remarks for the Trac-Grabber. Unfortunately, in the past year we have not had much... read more

99.99% of American’s Are Missing This Essential Vehicle Device: Trac-Grabber

Get all the latest information on Events, Sales and Offers.